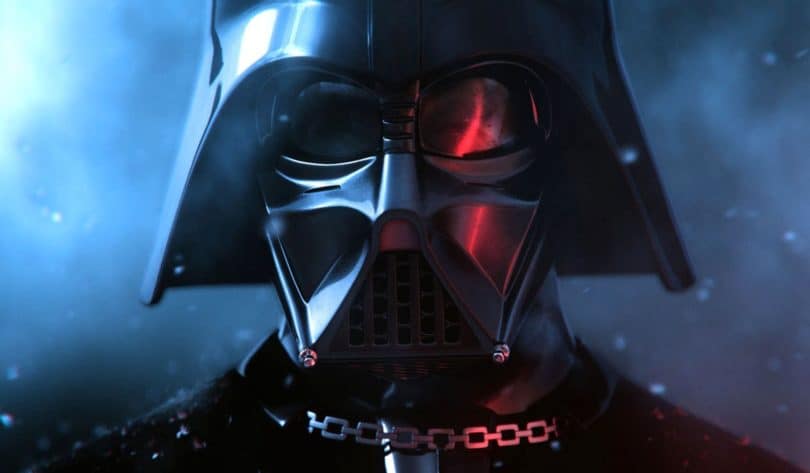 Darth Vader is a character of the Star Wars franchise, who is considered one of the most powerful and prominent movie villains of all time, but has it always been like that? The answer is no, but we will get to that shortly…

Once a heroic Jedi Knight, Darth Vader has been seduced by the Dark Side of the Force, became a Sith Lord, and led the Empire’s elimination of the Jedi Order. For decades, He remained in service of an evil Emperor – Darth Sidious – enforcing his Master’s will and seeking to destroy the fledgling Rebel Alliance. But was there still good in him?

Undoubtedly, he is the cornerstone of the first six Star Wars movies and is the character who ties it all together. The essence of his personality is twofold – it can be clearly divided into 2 periods: before and after joining the Dark Side of the Force and becoming Darth Vader.

Before he became a disciple of the Dark Side, Darth Vader was a Jedi named Anakin Skywalker, a goodhearted knight and hero of the Clone Wars. While he was considered one of the most powerful Jedi in the Galaxy, Anakin had broken the Order’s code by secretly marrying Senator Padmé Amidala. 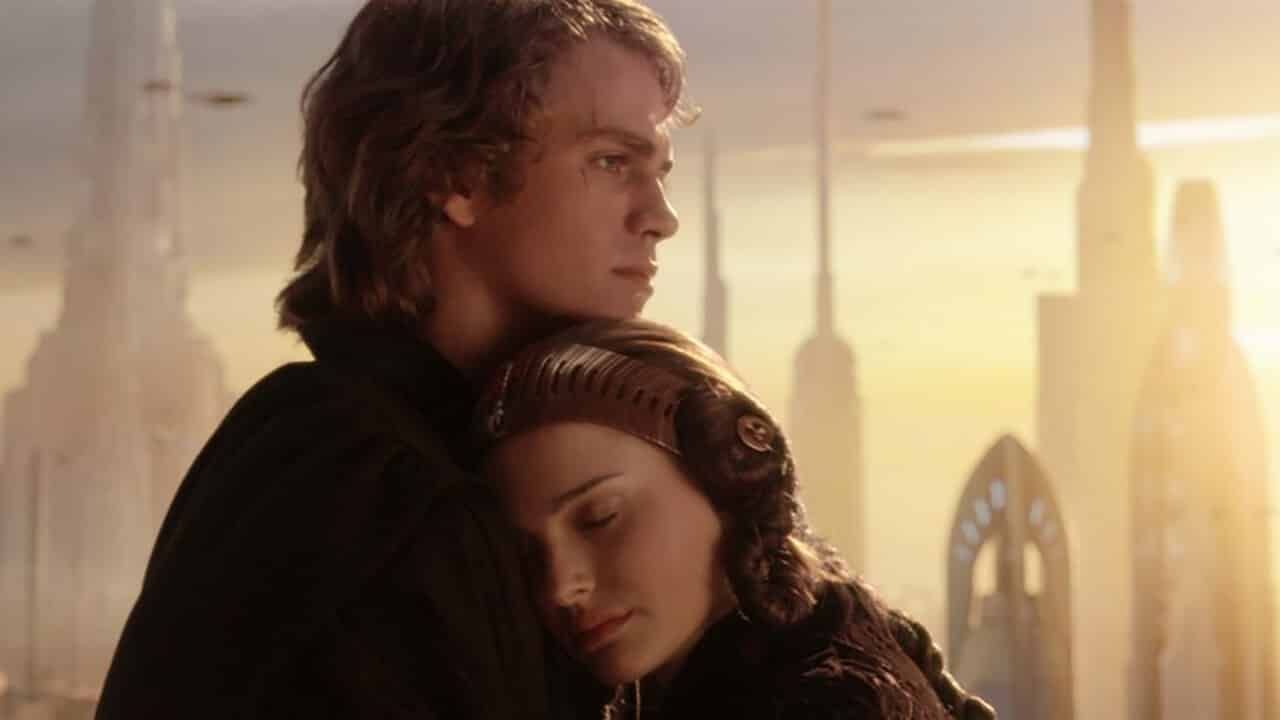 When he began to suffer visions that Padmé would die in childbirth, Anakin sought a way to prevent this fate. Supreme Chancellor Palpatine, a mentor to the young Jedi, claimed that the Dark Side was a pathway to this ability: he could stop people from dying with Sith power. At the same time, the Chancellor revealed that he himself was a Sith Lord, Darth Sidious, and would train Anakin. Confused and conflicted, Anakin ultimately succumbed to Sidious’ temptations. Rechristened as Darth Vader, he became an agent of evil. 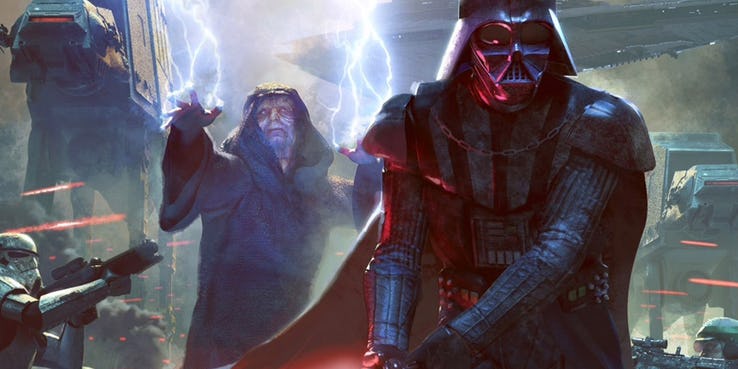 Sidious assumed the mantle of Emperor, and Vader helped the Empire destroy the Jedi Order; without mercy, Anakin led a legion of clones into the Jedi Temple and personally killed both fully trained Jedi and novice younglings alike.

On the lava planet Mustafar, where he had been sent to assassinate Separatist leaders, Vader battled his former Master and friend, Obi-Wan Kenobi. Anakin fought with an aggressive ferocity, ignoring Obi-Wan’s pleas to come to his senses. Ultimately, the Jedi Master bested the new Sith. Vader was left severely injured and burned on the banks of a lava river, filled with anger and hate. He was found by the Emperor and encased in frightening black armor that kept him alive and given mechanical lungs that emitted an ominous breathing sound with his every step. Anakin Skywalker was no more…

“You were the Chosen One! It was said that you would destroy the Sith, not join them!
Bring balance to the Force, not leave it in darkness!
You were my brother, Anakin! I loved you!”

Here, check out the video episode of the quote above, when Anakin joined the Dark Side:

A Jedi prophesied to bring balance to the Force, Anakin Skywalker is lured to the Dark Side of the Force by Emperor Palpatine (the Sith Lord Darth Sidious). He then serves the Galactic Empire as Darth Vader at the right hand of the Emperor until his redemption after encountering his son, Luke Skywalker. 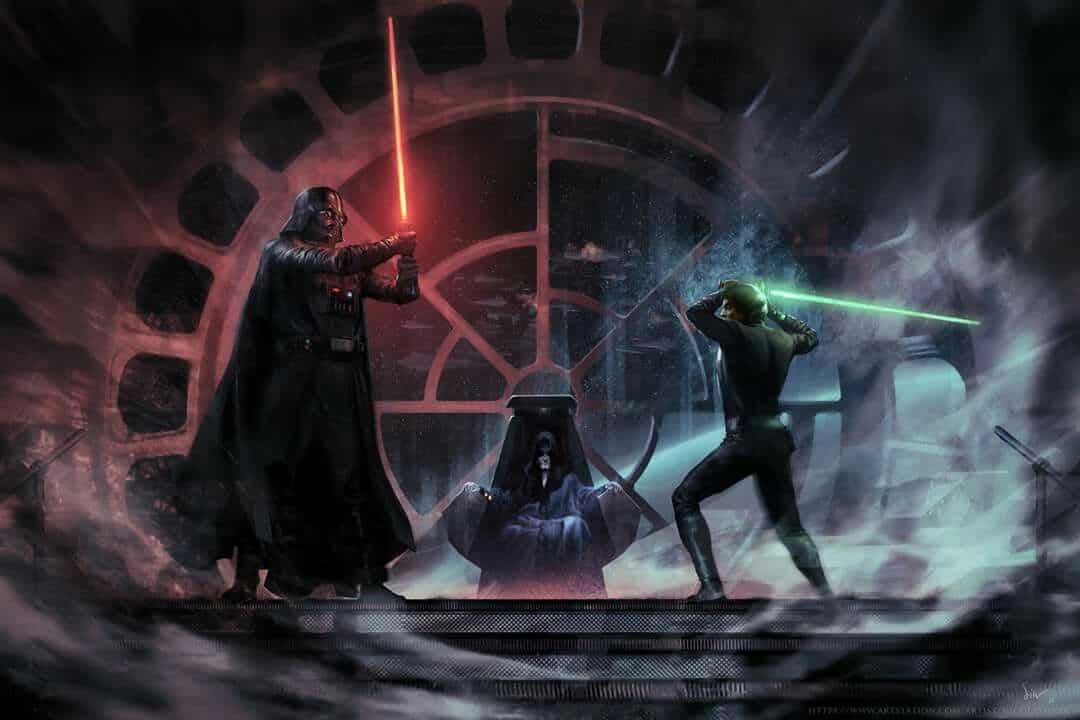 “There is no escape. Don’t make me destroy you. Luke, you do not yet realize your importance.
You have only begun to discover your power. Join me and I will complete your training.
With our combined strength, we can end this destructive conflict and bring order to the galaxy.”

– The Empire Strikes Back

Darth Vader has become one of the most iconic villains in popular culture and has been listed among the greatest villains and fictional characters ever. The American Film Institute listed him as the third greatest movie villain in cinema history on 100 Years… 100 Heroes and Villains. However, other critics consider him a tragic hero, citing his original motivations for the greater good and his family before his fall to the Dark Side. 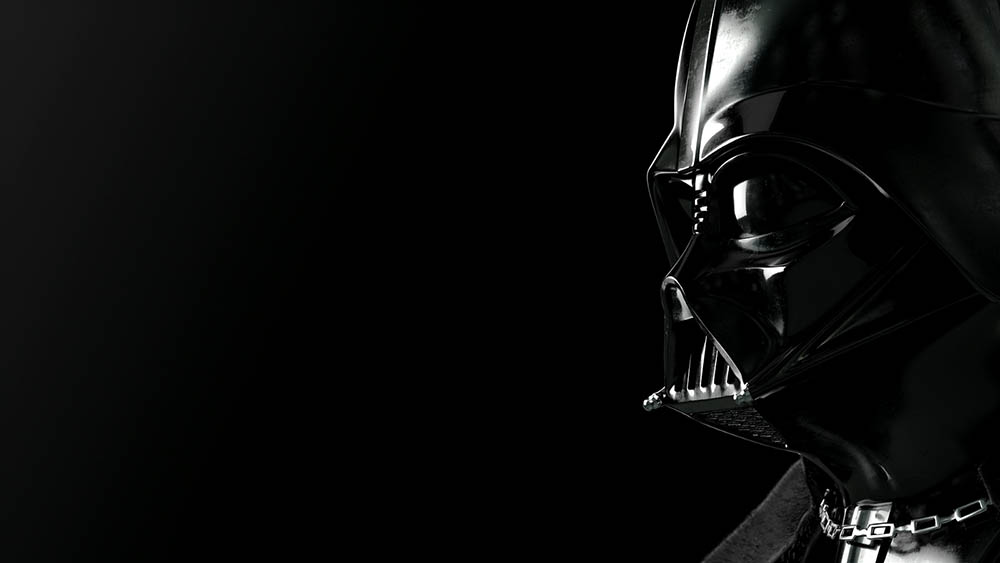 To sum up, Darth Vader is one of the most prominent villains of all times, who has influenced countless characters since his seminal debut in 1977, both with his intimidating presence and his ultimately tragic arc.

Here’s my list of the best Darth Vader quotations

– And so was revealed one of movie’s greatest plot twists
that Vader was actually Luke’s father. “The Empire Strikes Back”

☝ This quote is most commonly misquotes as “Luke, I am your father”. One way or another, Skywalker did not believe his words and refused to join the Dark Side. 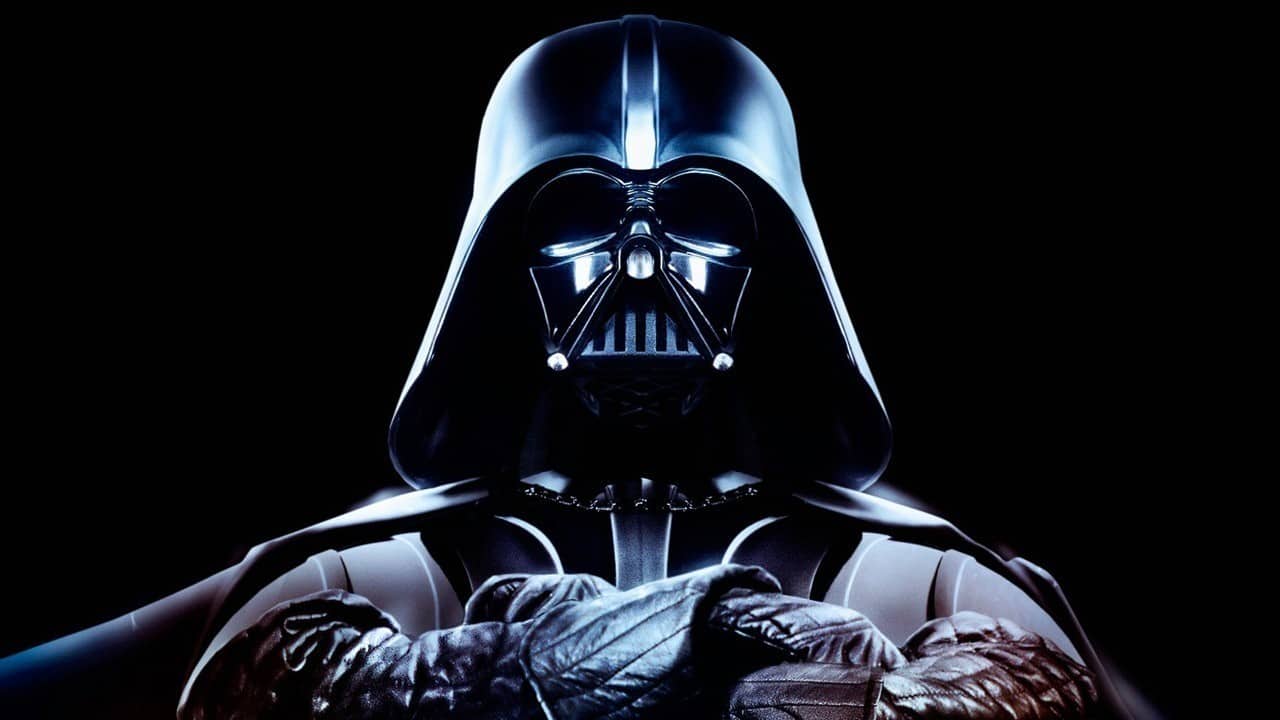 “When I left you I was but the learner.
Now I am the master.”

– Taunts Obi-Wan Kenobi,
his Jedi teacher and a former friend
just before he kills him.

“You’re a part of the rebel alliance and a traitor. Take her away!” 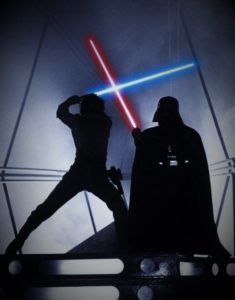 “Impressive. Most impressive. Obi-Wan has taught you well. You have controlled your fear.
Now, release your anger. Only your hatred can destroy me.”

– Vader praises Luke after he manages
to escape Vader’s trap with an acrobatic flip. 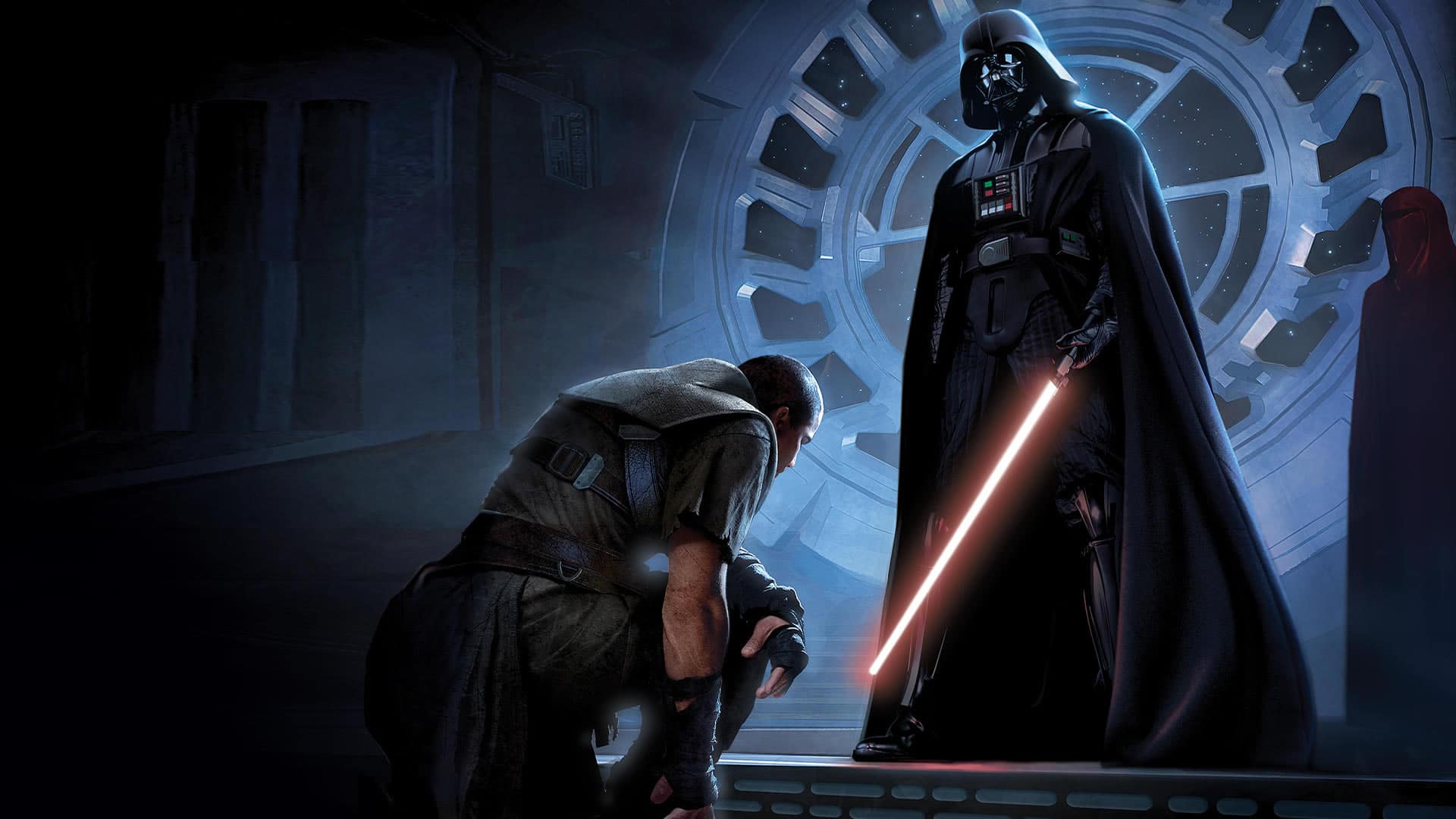 “The emperor will show you the true nature of the force.”

– Return of The Jedi 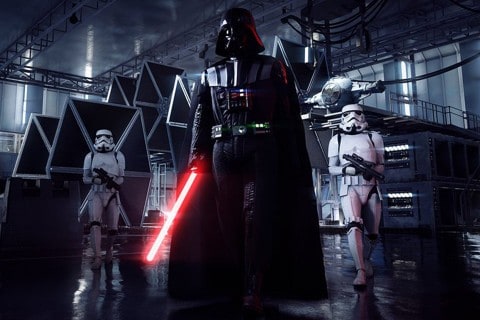 “Be careful not to choke on your aspirations”

“Give yourself to the Dark Side. It is the only way you can save your friends.
Yes, your thoughts betray you.” 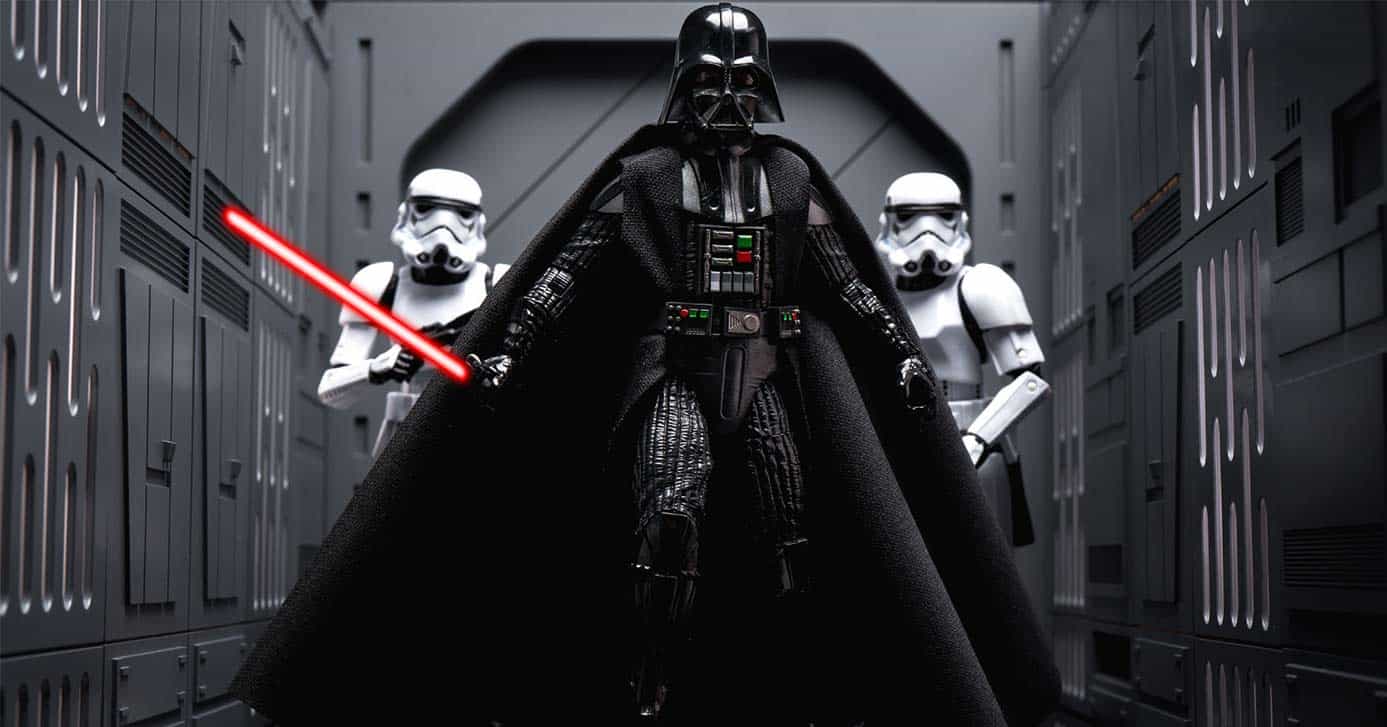 “I see through the lies of the Jedi. I do not fear the dark side as you do.
I have brought peace, freedom, justice, and security to my new empire.”

“From my point of view, the Jedi are evil.” 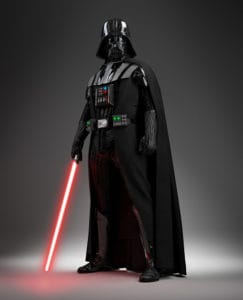 “You don’t know the power of the dark side.”

“This will be a day long remembered. It has seen the end of Kenobi;
it will soon see the end of the Rebellion.”

“I hope so for your sake, Commander.
The Emperor is not as forgiving as I am.“

– Return of the Jedi 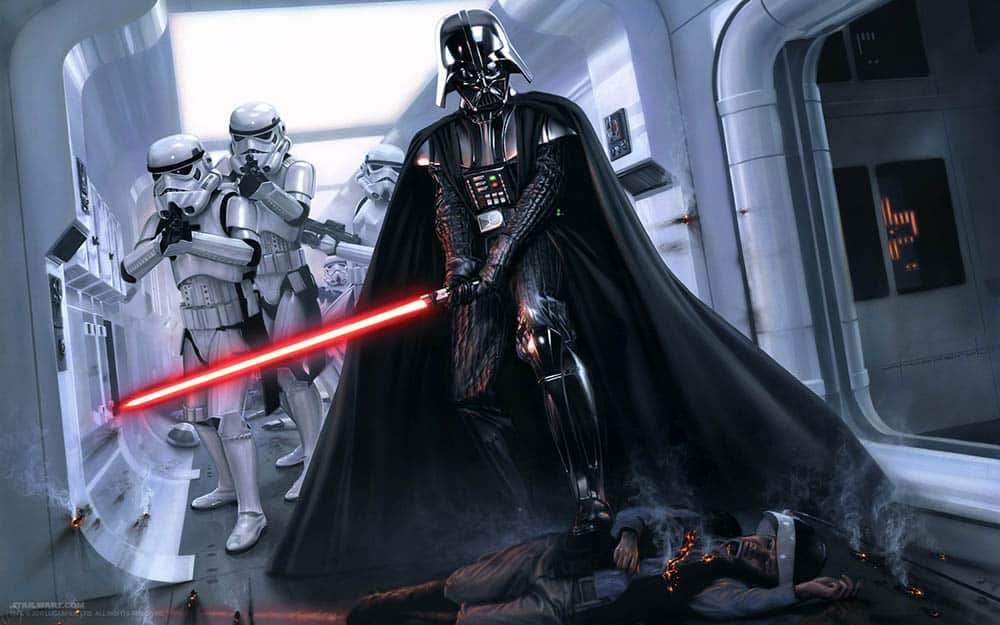 “The Emperor will show you the true nature of the Force.
He is your Master now.”

– Return of the Jedi 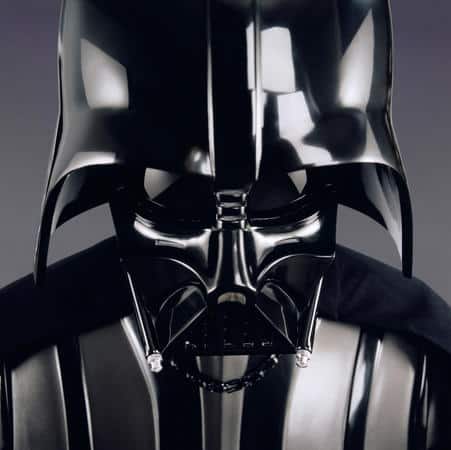 “Don’t be too proud of this technological terror you’ve constructed.
The ability to destroy a planet is insignificant next to the power of the Force.”

“Don’t try to frighten us with your sorcerer’s ways, Lord Vader.
Your sad devotion to that ancient religion has not helped you conjure up the stolen data tapes,
or given you clairvoyance enough to find the rebels’ hidden fort.”

“…I find your lack of faith disturbing.” 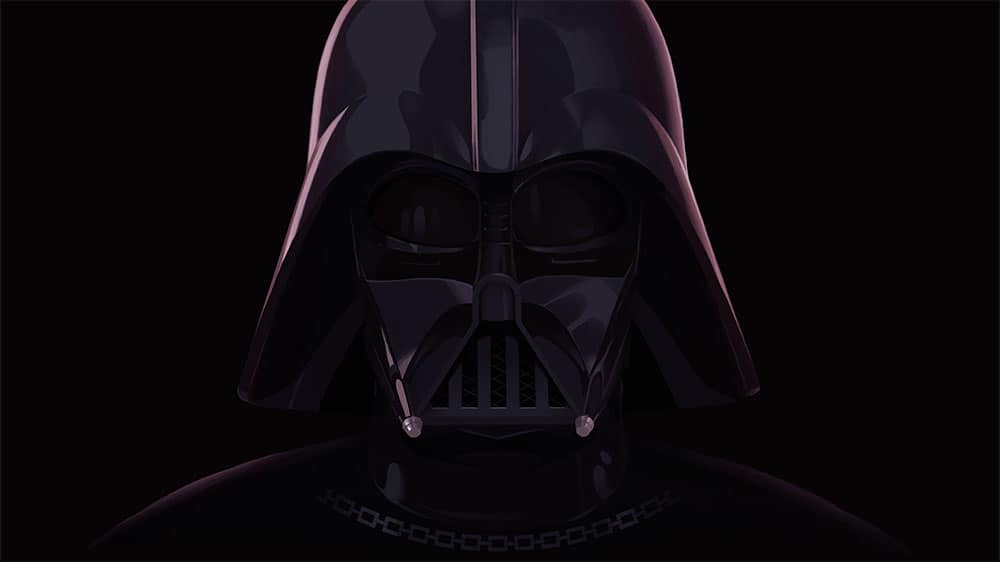 “That name no longer has any meaning for me.”

– On hearing Luke calling him by his true name, Anakin Skywalker.
“Return of the Jedi”. 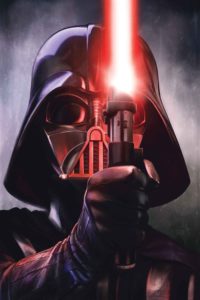 “I am altering the deal, pray I do not alter it any further…” 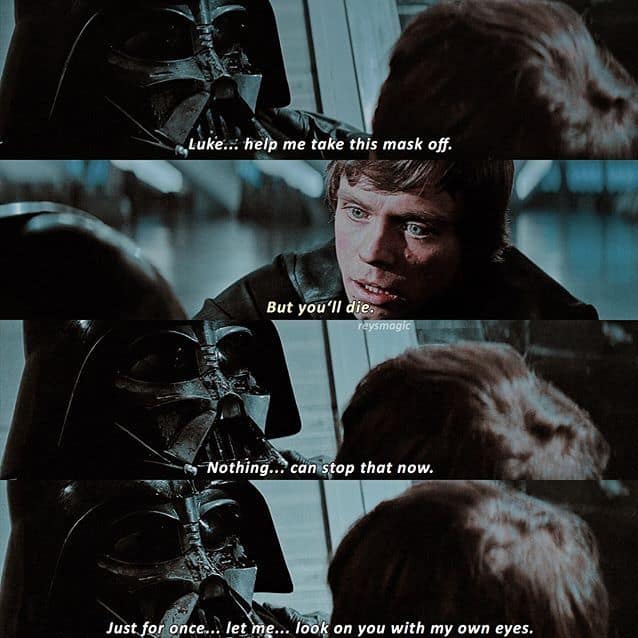