Can we predict the future?
Many cultures around the globe believe that Astronomy, the science about the stars, can give us the answer to this question. And it’s true: with the introduction of today’s modern technologies (such as Hubble Space Telescope by NASA), scientists can forecast the future of the stars. And not just for a future couple of years, but for more than thousands of years to come!

Here’s a collection of the best future quotes said by famous individuals and honorable scientists, throughout the history of all mankind.

Short and Incentive Quotes About the Future

“You can never plan the future by the past.”

“The future belongs to those who believe in the beauty of their dreams.”

“The best way to predict the future is to create it.”

“Education is the passport to the future,
for tomorrow belongs to those who prepare for it today.”

“The future isn’t written. It can be changed. You know that.
Anyone can make their future whatever they want it to be.”

“A generation which ignores history has no past — and no future.”

“The best way to predict the future is to invent it.”

“The past cannot be changed.
The future is yet in your power.”

“A speculator is a man who observes the future,
and acts before it occurs.”

“We determine our destiny by the actions we take today.”

“Whatever the future may have in store for us, one thing is certain… Human thought will never go backward.
When a great truth once gets abroad in the world, no power on earth can imprison it, or prescribe its limits, or suppress it.
It is bound to go on till it becomes the thought of the world… Now that it has got fairly fixed in the minds of the few,
it is bound to become fixed in the minds of the many,
and be supported at last by a great cloud of witnesses, which no man can number and no power can withstand.” 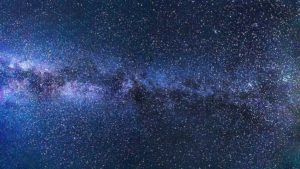 “The future is not laid out on a track.
It is something that we can decide, and to the extent that we do not violate any known laws of the universe,
we can probably make it work the way that we want to.”

“What helps make your future a brighter one is if you’ll make the decision today to choose to be happy
and thankful for the present, and just let the future be.”

— Matt Morris,
How To Live In The Present Moment

“Never let the future disturb you. You will meet it, if you have to,
with the same weapons of reason which today arm you against the present.”

“Science has not yet mastered prophecy.
We predict too much for the next year and yet far too little for the next ten.”

— Neil Armstrong,
Speech to a joint session of Congress,
16 September 1969.

“In the long run, we shape our lives, and we shape ourselves.
The process never ends until we die.
And the choices we make are ultimately our own responsibility.”

“It is difficult to say what is impossible,
for the dream of yesterday is the hope of today and reality of tomorrow.”

— Robert Goddard,
in E. M. Emme Introduction to the History of Rocket Technology, 1963

“Regrets only apply when we don’t learn from a situation.
No sense looking back, look forward with new knowledge and no regret.”

“The universe is asymmetric and I am persuaded that life, as it is known to us,
is a direct result of the asymmetry of the universe or if its indirect consequences.”

2 thoughts on “Best Famous Quotes about the Future Predictions”