Stargazing at the sky at night, we start thinking unintentionally: what lies there? What is the order of things there? Which part in such frightful majesty can we take? One might have compared stars with millions of eyes watching at us from space. All of this is just lyricism when we are talking about Astronomy. Scientists from all over the world gaze into stars and make discoveries that amaze us every day. What does Astronomy do and why do we need it? 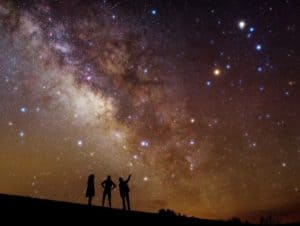 Astronomy is a science, which explores the formation of our Universe. Particularly disposition, motion, corporeity, origin and evolution of celestial objects and systems. Owing to astronomy, we learn the laws of nature and observe the evolution of our world. 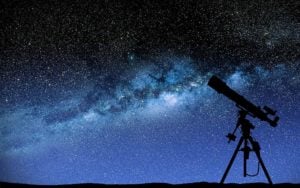 Here are some Cosmology and Astronomy Quotes to Ponder

“Man must rise above the Earth—to the top of the atmosphere and beyond—for only thus will he fully understand the world in which he lives.”

“To set foot on the soil of the asteroids, to lift by hand a rock from the Moon, to observe Mars from a distance of several tens of kilometers, to land on its satellite or even on its surface, what can be more fantastic? From the moment of using rocket devices a new great era will begin in astronomy: the epoch of the more intensive study of the firmament. “

“Astronomy is useful because it raises us above ourselves; it is useful because it is grand… It shows us how small is man’s body, how great his mind, since his intelligence can embrace the whole of this dazzling immensity, where his body is only an obscure point, and enjoy its silent harmony.”

“Cosmology brings us face to face with the deepest mysteries, questions that were once treated only in religion and myth.”

“Cosmology is peculiar among the sciences for it is both the oldest and the youngest. From the dawn of civilization man has speculated about the nature of the starry heavens and the origin of the world, but only in the present century has physical cosmology split away from general philosophy to become an independent discipline.”

“Cosmology is a science which has only a few observable facts to work with.”

“The universe is like a safe to which there is a combination, but the combination is locked up in the safe.”

“Astronomy is perhaps the science whose discoveries owe least to chance, in which human understanding appears in its whole magnitude, and through which man can best learn how small he is.”

“There is in the universe neither center nor circumference.”

Giordano Bruno,
On the Infinite Universe and Worlds, 1584.

“General space — that sea of ether which has no shores, and stretches on, and on, and arrives nowhere; which is a waste of black gloom and thick darkness through which you may rush forever at thought-speed, encountering at weary long intervals spirit-cheering archipelagoes of suns which rise sparkling far in front of you, and swiftly grow and swell, and burst into blinding glories of light, apparently measureless in extent, but you plung through and in a moment they are far behind, a twinkling archipelago again, and in another moment they are blotted out in darkness; constellations, these? yes; and the earliest of them the property of your own solar system; the rest of that unending flight is through solar systems not known to men.”

“Success is like Halley’s comet, you know. Every now and then it just comes around.”

“I much prefer the sharpest criticism of a single intelligent man to the thoughtless approval of the masses.”

“The Milky Way is nothing else but a mass of innumerable stars planted together in clusters.”

“The day will come when the mystical generation of Jesus, by the Supreme Being as his father, in the womb of a virgin, will be classed with the fable of the generation of Minerva in the brain Jupiter.”

“It should be possible to explain the laws of physics to a barmaid.”

“It’s like a pulsar inside me. There is this great burst of energy, forcing me to write, and then the star goes quiet for a time, and I think it’s gone, but it’s gathering energy for another burst. And I seem to be almost unwilling participants in this.”

“All social rules and relations between individuals are eroded by a cash economy, avarice drags Pluto himself out of the bowels of the earth.”

“The moons of Uranus seem to have got a twist.”

“All human discoveries seem to be made only for the purpose of confirming more strongly the truths come from on high, and contained in the sacred writings.”

“Either you repeat the same conventional doctrines everybody is saying, or else you say something true, and it will sound like it’s from Neptune.”

“Equipped with his five senses, man explores the universe around him and calls the adventure Science.”

“To achieve this density of a neutron star at home, just cram a herd of 50 million elephants into the volume of a thimble.”

“I do not believe anything very certainly, but everything very probably.”

“In the year 1456 a Comet was seen passing Retrograde between the Earth and the sun Hence I dare venture to foretell, that it will return again in the year 1758.”

“The most important scientific revolution all include, as their only common feature, the dethronement of human arrogance from one pedestal after another of previous convictions about our centrality in the cosmos.”

“Far away, to an infinite world I escape. I’m clear and calm, I’m unafraid. Sunless days, in my shelted milkyway. In Ring of Saturn I feel no pain.”

“When forced to summarize the general theories of relativity in one sentence: Time and space and gravitation have no separate existence from matter.”

“Leo scratched his head. Well I dunno about Enchiladas-Enceladus, Piper corrected. Whatever. But Old Potty Face mentioned another name. Porpoise Fear, or something? Porphyrion? Piper asked. He was the giant king, I think.”

“Astronomers are spherical bastards. No matter how you look at them they are just bastards.”

“Science is the Differential Calculus of the mind. Art the Integral Calculus; they may be beautiful when apart, but are greatest only when combined.”

“In terms of the most astonishing fact about which we know nothing, there is dark matter and dark energy. We don’t know what either of them is. Everything we know and love about the universe and all the laws of physics as they apply, apply to four percent of the universe. That’s stunning.”

“You lose your anatomy just like a helium balloon with a sting. Therefore people are going to have their own opinion and they’re going to write in whatever clever manner they desire.”

“If the earth were flat from east to west, the stars would rise as soon for westerners as for orientals, which is false. Also, if the earth were flat from north to south and vice versa, the stars which were always visible to anyone would continue to be so wherever he went, which is false. But it seems flat to human sight because it is so extensive.”

“Before my laws of planetary motion, planets just moved however they wanted. It wasn’t safe, and Jupiter seriously injured my cat, Mr. Scruffles.”

“Gravity explains the motions of the planets but it cannot explain who sets the planets in motion.”

“In philosophical inquiry, the human spirit, imitating the movement of the stars, must follow a curve which brings it back to its point of departure. To conclude is to close a circle.”

“I believe that water will one day be employed as fuel, that hydrogen and oxygen which constitute it, used singly or together, will furnish an inexhaustible source of heat and light, of an intensity of which coal is not capable.”

Hi, this is Ganymede, cup-bearer to Zeus, and when I’m out buying wine for the Lord of the Skies, I always buckle up!

“If you find life on Europa [Jupiter’s moon], like, what would you call it? Would it be, like, Europeans?”

“Countless women are alive today because of ideas stimulated by a design flaw in the Hubble Space Telescope.”

“A straight line can readily be drawn among each of the two series of points corresponding to the maxima and minima, thus showing that there is a simple relation between the brightness of the variables and their periods.”

“I have a lot of sympathy for young people because I realize how disturbed I was. How would I deal with life in the future? What would I do for a living?.”

Three notable contributions have been made by the American astronomer. Using the latest 100-inch telescope at Mt. Wilson Observatory in California, he first demonstrated that a couple of these nebulae, notably the Andromeda nebula, were just objects galaxies far outside our galaxy.

Astronomers have also contributed much to our knowledge of motion and physics. This list includes some well-known astronomers who have made significant contributions to the field of astronomy.

Gamow is credited with discovering the explanation for quantum tunneling via alpha decay in the Big Bang Theory.

William Herschel, the father of sidereal astronomy, was a British composer and astronomer born in Germany. He was the first to systematically examine the cosmos. He discovered Uranus and its two bright moons, Titania and Oberon; discovered Saturn’s moons Mimas and Enceladus; discovered Mars’ ice caps, several asteroids and double stars; and cataloged 2,500 deep-sky objects.

Johann Gottfried Galle was born in Germany in 1812 and died in 1910. Estimations by a French mathematician, he was the first person to see planet Neptune.

Pluto has been reclassified as a dwarf planet, and Tyson has written a number of popular astronomy books, including one about Pluto’s reclassification and another about black holes. He’s also been honored by NASA and other important organizations, and he’s been interviewed on television about his efforts. Brown is credited with downgrading Pluto from a planet to a dwarf planet after assisting in the discovery of Eris, a dwarf planet.

Albert Einstein was a theoretical physicist who got the Nobel Prize in 1921 for his work on the photoelectric effect in 1905, which transformed contemporary astrophysics.

Stephen Hawking was an English theoretical physicist and cosmologist who built a remarkably successful career while suffering from motor neuron disease, which severely hampered his physical abilities. He was the first to propose a cosmological theory based on a combination of general relativity and quantum physics.

Herschel became the first woman to be honored with a Gold Medal of the Royal Astronomical Society. She was also the first female scientist to receive a salary.