The Apollo Program, also known as ‘Project Apollo’ is the 3rd spaceman flight program, performed by the National Aeronautics and Space Administration (NASA) and succeeded in the total of 11 spaceflights and walking on the Moon from 1969 to 1972. 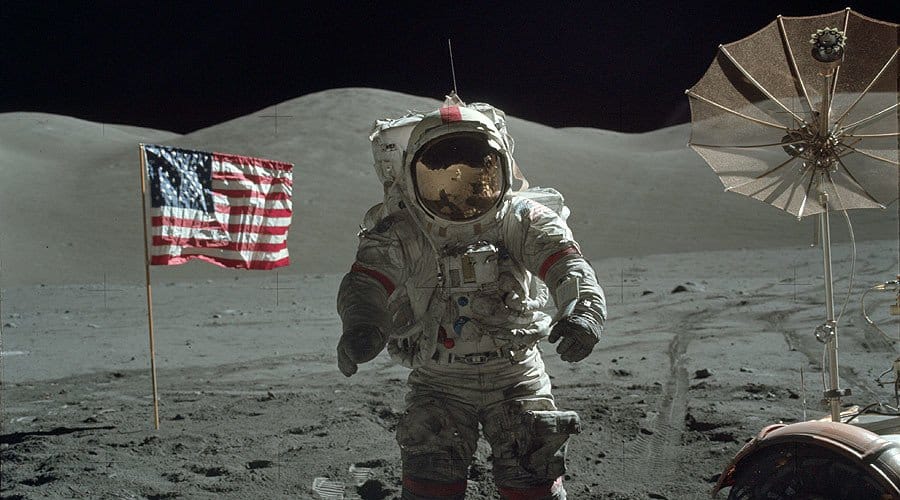 — Neil Armstrong, the Commander of Apollo 11
On 20 July 1969 at 9:56 pm (local time in Houston)
has spoken the first words of a man from another heavenly body.

“The biggest benefit of Apollo was the inspiration it gave to a growing generation to get into science and aerospace.”

“At the time of Apollo 11, I was a grade-schooler, and I remember every time an Apollo mission would take place that, like a lot of little boys,
I’d gather in front of the TV for hours and hours and hours with my little brother.“

“I was only 8 years old on July 20, 1969, when Neil Armstrong, 38-year-old commander of ‘Apollo 11,’
descended the cramped lunar module Eagle’s ladder with hefty backpack and bulky spacesuit
to become the first human on the moon.” 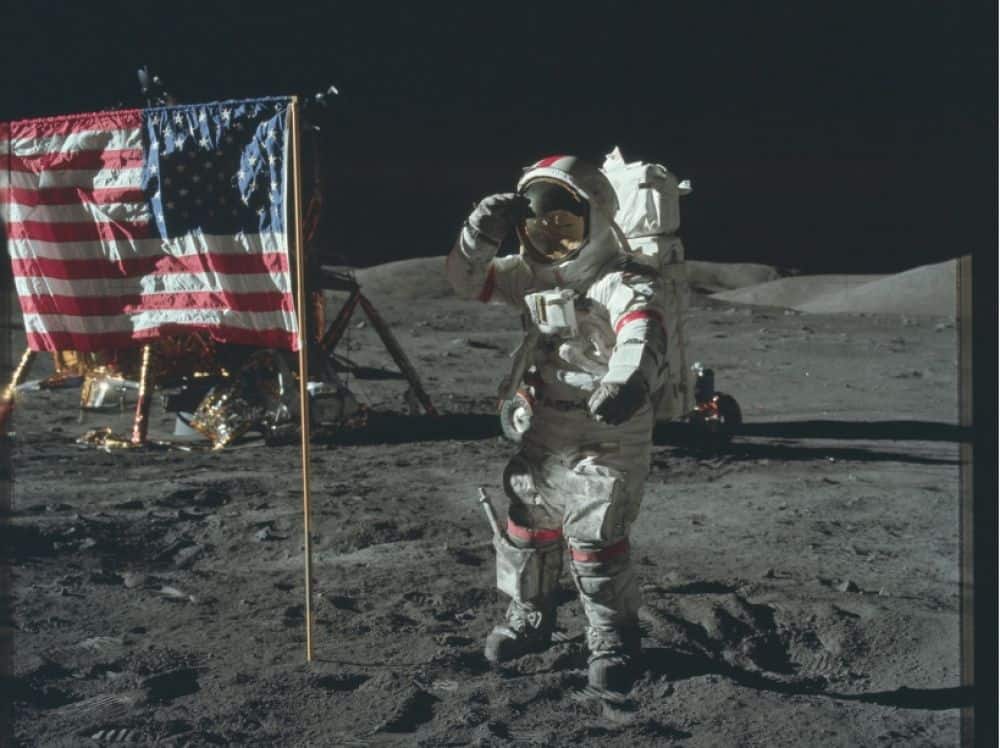 “The important achievement of Apollo was demonstrating that humanity is not forever chained to this planet
and our visions go rather further than that and our opportunities are unlimited.“

“Going back to the moon is not visionary in restoring space leadership for America.
Like its Apollo predecessor, it will prove to be a dead end littered with broken spacecraft,
broken dreams and broken policies.”

“For some time, I thought Apollo 13 was a failure.
I was disappointed I didn’t get to land on the moon.
But actually, it turned out to be the best thing that could have happened.” 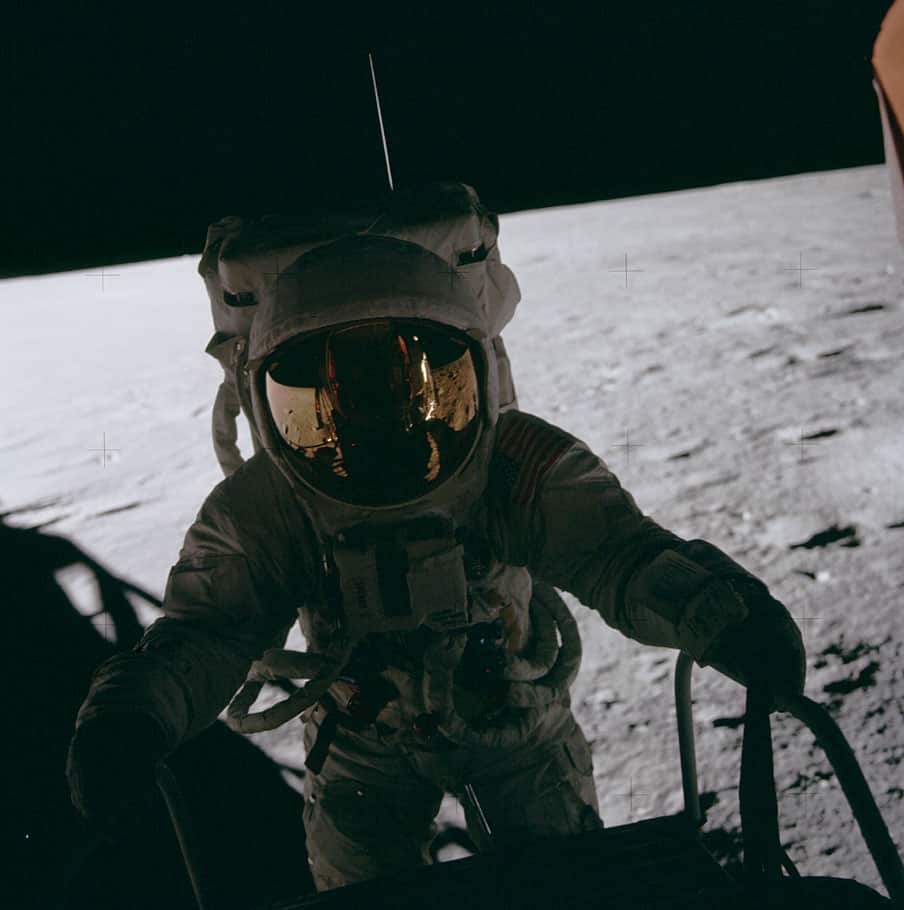 “Whoopee! Man, that may have been a small one for Neil, but it’s a long one for me!”

— Charles “Pete” Conrad, Jr.,
American naval officer and NASA astronaut,
commenting as the third man to step on the lunar surface
during the Apollo 12 lunar landing (1969)

“Millions of people were inspired by the Apollo Program.
I was five years old when I watched Apollo 11 unfold on television,
and without any doubt it was a big contributor to my passions for science, engineering, and exploration.“

“When ‘Apollo 13’ appeared as an opportunity and I began to tackle that in as authentic a way as I possibly could,
I really became enthralled by the philosophical side of space travel and why we need to explore – what it means to us here on Earth – all of those things.
I became a huge proponent.“

“Exploring Mars is a far different venture from Apollo expeditions to the moon;
it necessitates leaving our home planet on lengthy missions with a constrained return capability.” 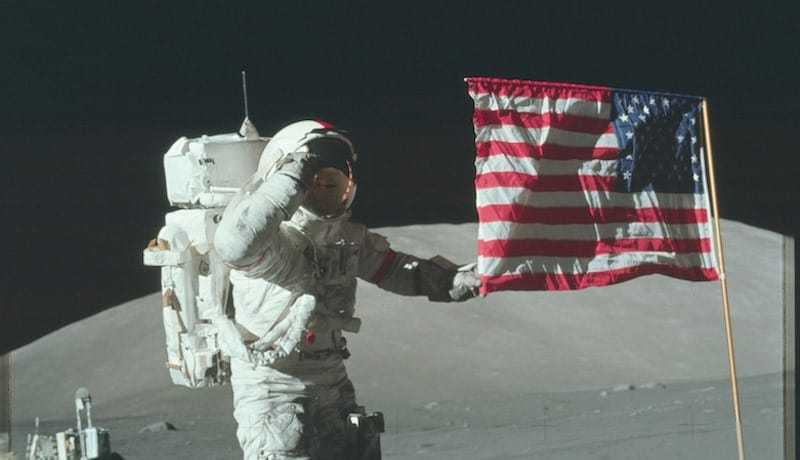 “I came to dedicate my life to opening space to the average person and crafting designs for new spaceships that could take us far from home.
But since Apollo ended, such travels were only in our collective memory.”

“The Moon is essentially gray — no color
— looks like plaster of Paris — soft of gray sand.”

“This is the greatest week in the history of the world since the Creation.”

If you are looking for Apollo-themed gift to make a present for your little space dreamer, see my best LEGO Space sets compilation. You will find tons of realistic aircraft models and other space machinery to launch the imagination of your child into Outer Space and beyond!

That’s it, hope this was informative and helpful.