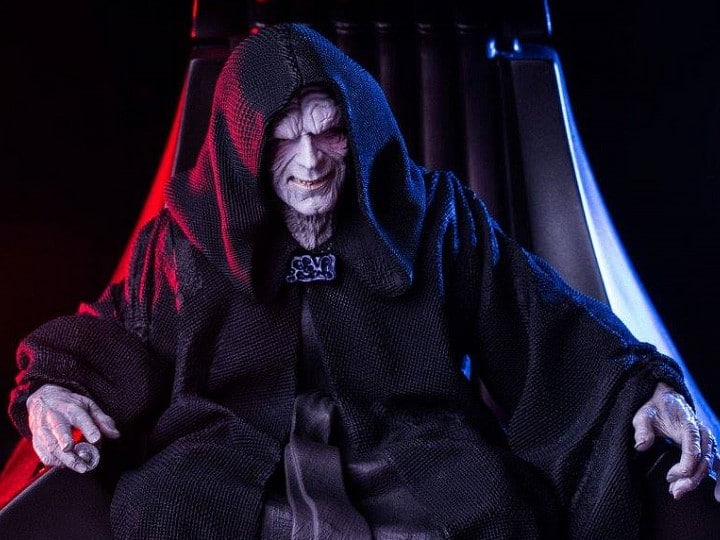 Sheev Palpatine (Sith identity – Darth Sidious; eventually, Emperor Palpatine) is a character from the Star Wars franchise, commonly known as the Dark Lord of the Sith, who had to establish the Galactic Empire having toppled the Galactic Republic. Darth Sidious is definitely one of the most infamous villains of the Star Wars Universe, ceding to Kylo Ren, Darth Vader, and Darth Maul. The essence of the character is threefold: before joining the Dark Side of the Force, after it, and upon becoming an Emperor. This is exactly how we are going to investigate his personality and check out his most prominent lines.

Before joining the Dark Side of the Force (Sheev Palpatine) 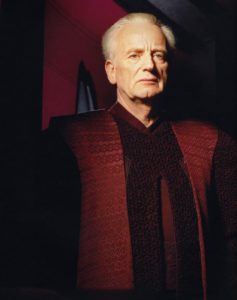 Sheev Palpatine was born on the Mid Rim world of Naboo Planet about 84 years before the Battle of Yavin. He was demonstrating his interest in governing long before becoming a Supreme Chancellor and eventually the Galactic Emperor. Palpatine pursued a career in politics and managed to take the chair of his homeworld’s representative in the Galactic Senate.

Despite all the attempts to cultivate the persona of an honest man and a trustworthy public servant, middle-aged ambitious Senator Palpatine uses deception and political manipulations to rise to the position of Supreme Chancellor of the Galactic Republic before turning it into the Galactic Empire.

It all started with joining the Dark Side (Darth Sidious) 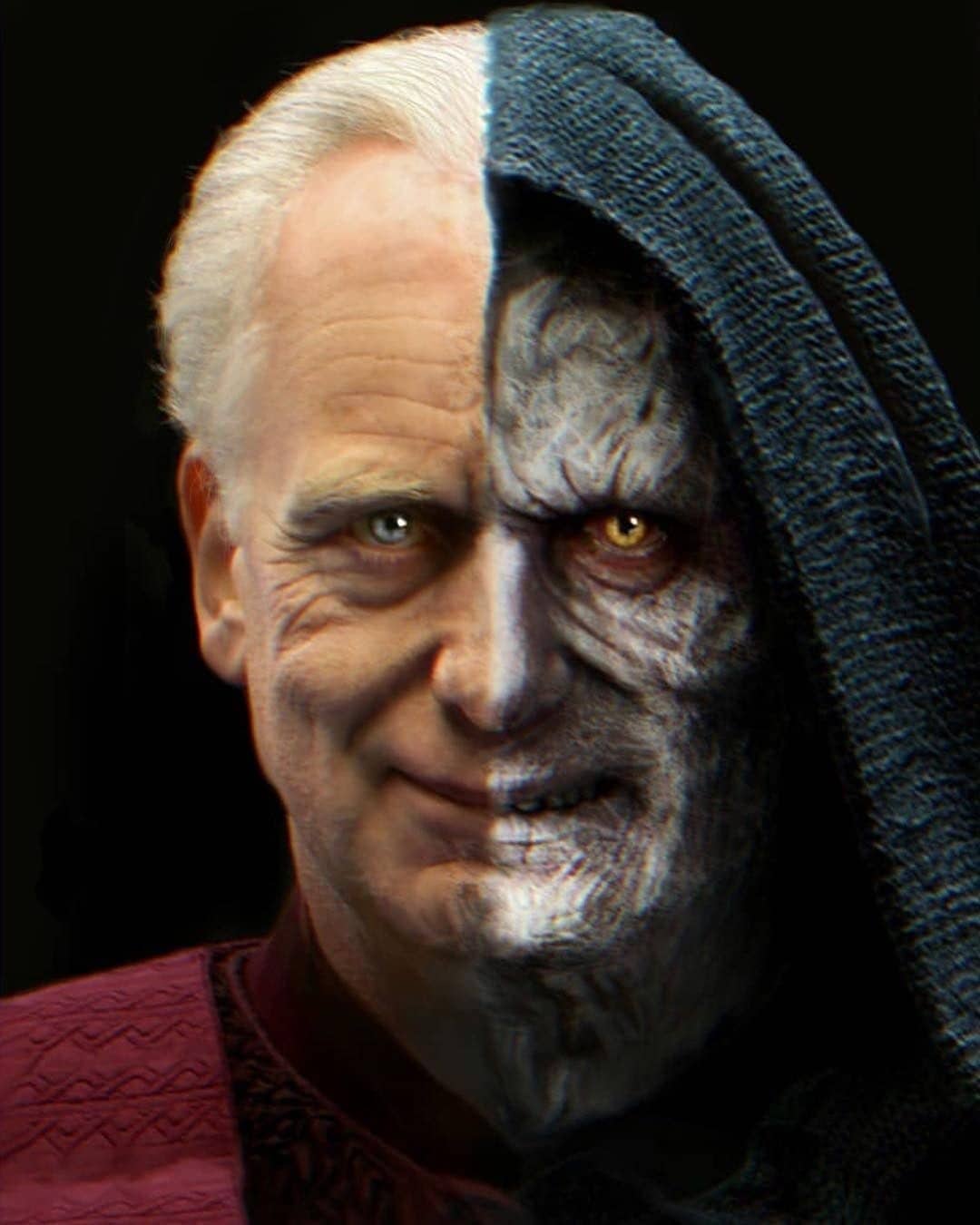 During the years of his youth, Palpatine met the Dark Lord of Sith named Darth Plagueis, who have taught him the ways of the Dark Side and took under his secret apprenticeship with the name of Darth Sidious.

Having learned everything about the Dark Side of the Force (and all the Sith of Darth Bane’s lineage had learned, including even Darth Plagueis’s discovery of the secret of eternal life), Sidious had killed his Sith Master* and trained two apprentices of his own, following the Rule of Two. It was Darth Bane’s decree stating that there should be at least two Sith Lords at any given time.

Seeking for a Sith apprentice, Sidious has traveled to the Dathomir planet and met the Dathormirian Nightsister Mother Talzin. He promised her to make his apprentice and the right hand, but instead dishonestly betrayed Talzin and kidnapped her infant son, the Zabrak Nightbrother, who would become Palpatine’s true apprentice carrying the name Darth Maul. Brutally training him to be a lethal weapon of the Sith, Sidious considered Maul’s combat skills as an essential part of his evil plan.

With the further training of Maul, Palpatine came into contact with Jedi Master Dooku, one of the most respected and powerful Jedi of the Order. Despite being an outstanding political thinker and a Jedi, he was lured by Sidious to join the Dark Side and used him to proceed with his governmental turnover.

Keeping his Sith identity a secret from the public eye, Sidious has undertaken the prerogative to execute the long-percolating plan of the Dark Side to supplant the Republic with a new Sith Empire, and destroy the Jedi Order… 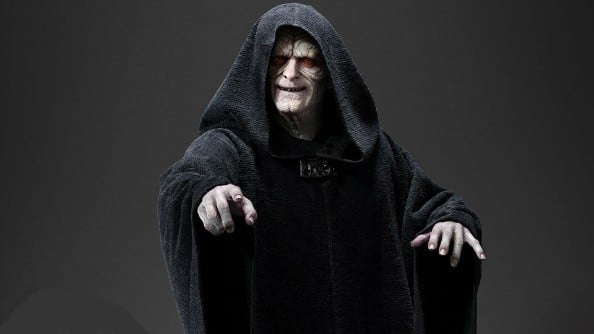 After the fall of the Jedi, the Clone Wars ended with Sidious’ becoming an Emperor of the First Galactic Empire. He ultimately reorganizes the Republic into the Galactic Empire, declaring the Jedi as traitors who had attempted to assassinate him, having most killed through Order 66, and proclaiming himself as Emperor.

Under the New Order, the Imperial Senate has been formally disbanded, and the last vestiges of the Republic have gradually disappeared. Shortly afterward, however, the Death Star (a moon-sized battle station with the ability to annihilate entire planets) was destroyed by the Alliance to Restore the Republic in the Battle of Yavin.

As the Galaxy fell into another state of all-out war (the Galactic Civil War), the Emperor ordered his apprentice to hunt down and destroy the forces of the Rebels, constructing a second Death Star in the Endor system meanwhile.

Despite the challenge to his reign, Sidious grew increasingly occupied by his fascination with the Unknown Regions and, therefore, commissioned the exploration of that vast region of space.

By then, Sidious also learned that Vader sired a son, Luke Skywalker, who trained to become a Jedi Knight like his father before him. Sensing an opportunity to replace his hobbled disciple with a younger and stronger pupil, Sidious tried to turn the aspiring Jedi to the dark side and even manipulated him into dueling with Vader during the Battle of Endor. However, in failing to turn Skywalker from the light side of the Force, he unleashed the power of the dark side by torturing the young Jedi with a barrage of Force lightning. But the agony he inflicted on his apprentice’s son caused the former Anakin Skywalker to overthrow his dark Master at the cost of his own life, resulting in the destruction of the Sith as foretold in the prophecy of the Chosen One.

Prior to the Sidious’ demise, he created the Contingency to destroy the Empire in the event of his death, believing that the Empire did not deserve to survive without its Emperor. As a consequence, the Imperial remnants were further weakened and less able to resist the New Republic during the waning days of the Galactic Civil War. Ultimately, the Empire capitulated the war after the Battle of Jakku, ending the era founded by Darth Sidious.

In total, Emperor Palpatine had ruled the Star Wars Galaxy for over two decades before his reign is brought to an end.

Since the initial theatrical run of Return of the Jedi, Palpatine has become a widely recognized popular culture symbol of evil, wicked deception, dictatorship, tyranny, and the subversion of democracy.

Everything is proceeding as I have foreseen.

― Return of the Jedi

My mentor taught me everything about the Force, even the nature of the dark side.

Enter the bureaucrats, the true rulers of the Republic, and on the payroll of the Trade Federation, I might add. This is where Chancellor Valorum’s strength will disappear.

Wipe them out. All of them.

“You will go back to Jakku. The spot there in the dirt where my droids were operating is precious. Not just to me, but to the galaxy at large. It is significant… You will go back there and you will monitor my droids excavating the ground. Then I will send more droids and they will build something there below the ground. I want you to guard this space. Can you do that?”

I want you to know that there is always a place for you with me. Once your training is complete, of course.

I love democracy… I love the Republic. The power you give me I will lay down when this crisis has abated. And as my first act with this new authority, I will create a Grand Army of the Republic to counter the increasing threats of the Separatists.

“Maul was trying to build an army of pirates.”

“So let him. Let him play with the rabble. They’re just petty crooks. It is of no relevance to the Senate compared to the Separatist threat.”

“I’m sure many of you look at this former Jedi and think, ‘Surely she cannot be this murderer or saboteur that they speak of.’ And yet think of all the times we have been fooled by the Separatists and how they have infiltrated the Republic, and ask yourself, is this yet another Separatist scheme? Another way to rip the Jedi and subsequently all of us, apart.”

“In the name of the Galactic Senate of the Republic, you are under arrest, Chancellor.”

“Are you threatening me, Master Jedi?”

“The Senate will decide your fate.”

― Mace Windu to Palpatine
moments before their intense duel

“There is only one plan—one great design which shall govern the universe—mine.”

“We are all of us, always being tested, my friend. Tests make us stronger, and strength is power, and power is the point. We must pass all the tests we face… Or die in the effort.”

“We kept the skeleton of the Republic for nearly twenty years while the Death Star was constructed. Twenty years, my apprentice. All that planning is now a layer of dust orbiting around Yavin… Now, we no longer have the Senate to hold order. We do not have the Death Star to force it. Our greatest weapon is gone. Our production is in ashes. We are besieged. In all these years, we have never skirted closer to disaster.”

“I was intrigued by the scientists. What could they achieve if unfettered by the hypocritical morality of the Old Republic? We would see. For is it not my duty to chart the possibilities? […] Cylo grew powerful. His tendrils were deep in Tarkin’s Initiative. His cancer was one with its flesh. If I simply tore him free, I would risk a schism of the Empire’s great minds. While the Death Star was being constructed, that was unthinkable. After its destruction, it was even more so. I had to make him overplay his hand.”

“Do not underestimate how much you disappointed me on Mustafar. I saved you, but you showed how much off the mark you fell. […] The dark side is strength. If they defeat you, they are stronger. If you defeat them, you prove you are. This is the way of the Sith. I named you “Vader” after you pledged yourself to the Sith. You proved yourself worthy of it then. I am certain you will prove yourself worthy now.”

“There is a great disturbance in the Force.”

“We have a new enemy: the young rebel who destroyed the Death Star. I have no doubt this boy is the offspring of Anakin Skywalker.”

“The Force is strong with him. The son of Skywalker must not become a Jedi.”

“If he could be turned, he would become a powerful ally.”

―Darth Sidious and Darth Vader,
about turning Luke Skywalker to the dark side

I’m looking forward to completing your training. In time, you will call me master.

If you will not be turned, you will be destroyed!

Resistance. Rebellion. You will burn these ideas away.

“We shall double our efforts.”

“I hope so, Commander, for your sake. The Emperor is not as forgiving as I am.”

Do not underestimate the powers of the Emperor, or suffer your father’s fate, you will.